THE KNACK TO A GREAT SNACK

I don't just have my 3 set meals a day there are a number of snacks that are included in my routine to keep me going. I know I'm not alone out there so thought I'd talk you through some of my favourite snacks.
First up, gyoza. I am ridiculously in love with these savoury bites of goodness. I first tried gyoza at YoSushi. Now don't knock it until you've tried it. So few places give you the opportunity to try a lot of little something's at a relatively low cost anymore.

I then tried them at various Japanese restaurant chains like Samsi and Sapporo Tappenyaki as well as lesser known independent restaurants in Manchester's China town before finally going the frozen food route and trying the prawn gyoza from Costco.

There are a number of ways the gyoza are prepared, steaming, frying and grilling to name a few. My favourite though is pan fried to get a lovely golden brown colour then finishing off the cooking process by steaming. The thing I noticed most with each of the gyoza I tried was the delicate paper thin dough, translucent enough to give you a glimpse of the awesomeness inside. 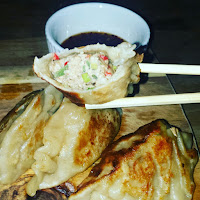 After my quest to rid the world of gyoza by eating them all failed... seriously, I ate hundreds in April alone (FYI, I also feel no shame about the fact either). I then began trying to make them myself. In the beginning I cheated a little... ok a lot. I bought gyoza wrappers then just experimented with the filling. Clearly that wasn't going to get me far though. 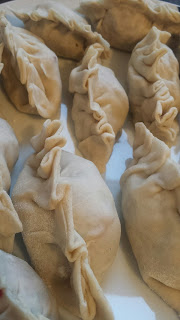 So, after much procrastination I jumped straight into it. There are a number of recipes all telling me a range of different things but a few things they all had in common was the use of boiling hot water, plain flour and allowing the dough to rest. So the first time I tried it I had an absolute shocker, added too much water (as the recipe stated) and ended up with glue.

Seriously! This showed me not to just blindly follow a recipe but to trust my instincts. Round 2, I did just that and it worked perfectly. As it was quite a hot day though I did need to dust my surface more when rolling out as though dough became tacky really quickly. I ended up using 280g of plain flour to 110ml of boiling water to get the right consistency. It's really important to knead it for at least 10mins.

But what to put in them? I am such a seafood fan it borders on obsessive, but for this one I went with pork. It's such a great carrier of flavour and also retains a lot of its moisture through the cooking of the dumplings. Head's up though, be careful when biting into the gyoza as the juice is red hot and could scald your mouth (definitely speaking from experience born of impatience here). 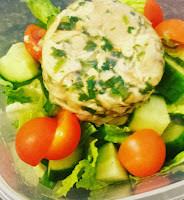 A second favourite snack of mine is a chicken terrine. This is sooo easy to make and saves on all that waste you sometimes get from a whole roast chicken. It's so easy to do. I shred any of the leftover chicken and mix it with some fresh parsley, salt and pepper then layer in a ramekin. Depending on how dry the chicken is you may need to add a little stock or leftover gravy to help set it. Add a weight and leave to set overnight. This tastes amazingly good. Depending on what flavours you have put on your roast I'd say to carry those through. 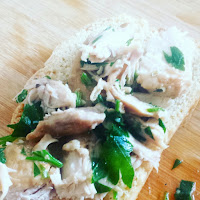 Perfect dish to reduce any waste and the flavours mature the longer you leave it chilled. It can also be frozen but would need to be thawed fully and re-heated until piping hot all the way through. If you're doing this it'd work really well as a pie filling.

I usually have mine with a salad on a hot day or spread on some warm and toasted crusty bread. It's also the perfect thing for picnics, with the weather getting warmer, bear it in mind. 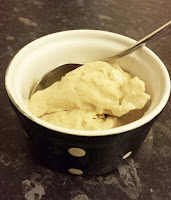 Last but definitely not least, ice cream. More specifically my easy banutter ice cream (yes... I am proud of that name HAHA)! Now ice cream gets a bad rap, obviously if eaten by the litre/gallon on a daily basis it will be bad for you, but that's pretty much like every food out there. This little cup of goodness is amazing and really low in calories and includes no colourings or flavourings. I know right... it is also super mouth-wateringly tasty. Well, if you like banana that is.

It doesn't re-freeze that well so I'd definitely make this on an as you need basis. There is ALWAYS a time when ice cream is necessary. Believe it or not it also has only 3 ingredients in. So... the steps? Freeze a chopped up banana, add some unsweetened coconut milk and a table spoon of peanut butter and blend. That's it, honestly. I hate waste so when banana's start getting a bit brown and that little bit sweeter but mushier, if I don't bake with them, I chop them up and freeze them for an ice cream emergency.

What do you snack on? 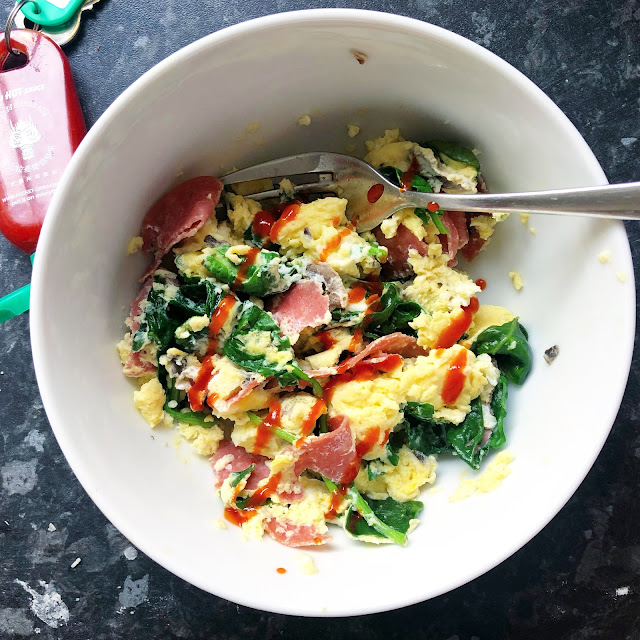 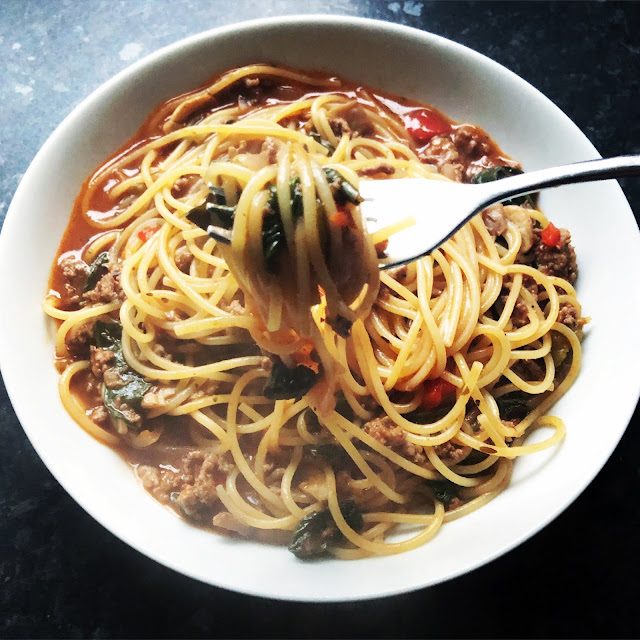 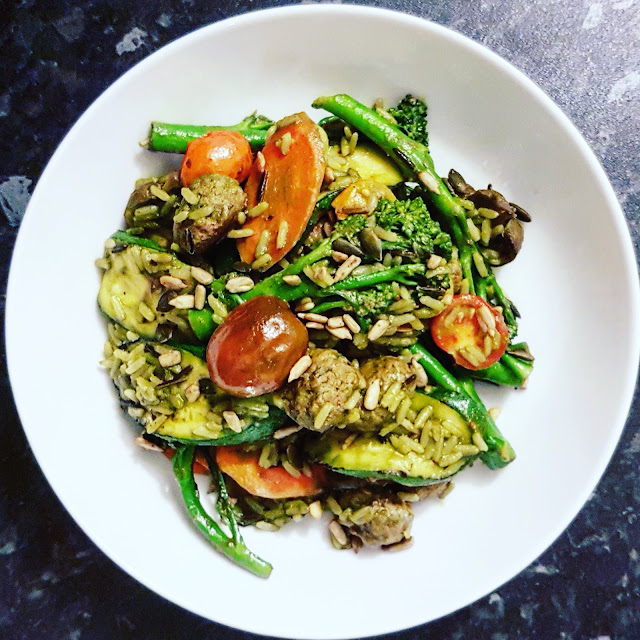